Multi-media installation in the framework of the exhibition Portrait of The Artist at HISK in Ghent in 2013, curated by Katerina Gregos. Soundscape by Valera Saenko.

The Aloitador is cut loose and connected at the same time. He sharpens his focus, enters the flow and forgets the world: the Everything that surrounds him, his daily job, the unpaid bills on his desk, the slow internet connection, the deep-frozen pizza section in the supermarket after work, the abstractions that estrange him from what he thinks he is: a wild body, a beating heart, an excited brain, electric nerves, ecstasy. He becomes eyes and limbs, movements, details, a circulation of adrenaline. He creates a physical memory and automatizes his moves. The Aloitador is part of something that has always been there, a mythical history. He is a man amongst the men that have preceded him, consolidating the idea of what it is to be such a man. He challenges the old and untamed, something that has not changed in the course of history. He is a construction worker maintaining the identity of a community. He repeats in order to resonate. His act is a mantra, its meaning taking shape through repetitions, echoes, tensions between sameness and difference.

The projection depicts a troop of wild horses, squeezed together nervously waiting for something to happen while one of them is being pulled out of the herd. On the opposite wall a man - The Aloitador - is in a state of hyper-focus, preparing himself for his next action, ultimately becoming oblivious of everything else around him.

The text work >> The Aloitador: a definitions << in collaboration with Koen Sels, was part of the HISK publication. 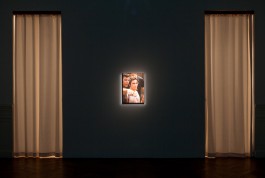 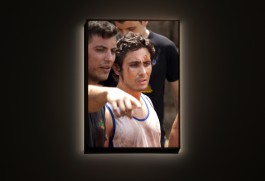 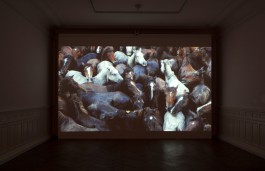 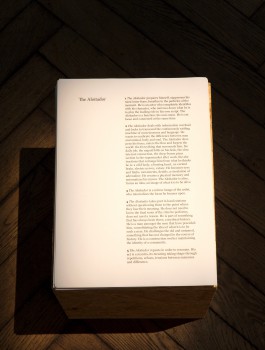 The Aloitador: a definitions (text in collaboration with Koen Sels), 2013 — A4, unlimited edition