Clinical research has shown that it is less likely to succumb to stress, depression and helplessness, when one is able to laugh away one’s troubles. © Laughter Yoga was invented in 1995 by the Indian physician Dr. Madan Kataria as a natural artificial trigger of laughter, combining the fact that laughter is healthy and that our body cannot distinguish artificial from genuine laughter. Today it has become a worldwide phenomenon with over 6000 Laughter Clubs in more then 60 countries and is considered to be a method of dissipating negative feelings of anger and frustration thus generating a more positive attitude.

The tragicomic idea, that one can fool one’s body and mind without relying on humor, jokes or comedy, could in a way be seen as a revelation in terms of personal freedom: by emotionally freeing oneself from daily problems and stress, people can ‘feel’ happier by just laughing – real or fake. During intense workshops with official laughter therapists from Amsterdam, the artist has created 'Laughter Bank'; an index of 13 official Laughter Exercise Manuals, first presented at de Nederlandsche Bank, the financial center of the Netherlands.

On the occasion of the exhibition, the Artist Booklet >> Laughter Bank << was published in edition of 193. 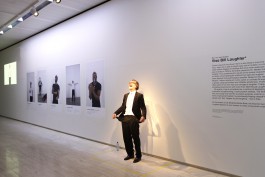 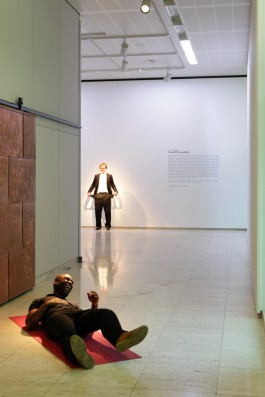 Laughing Sculptures during the opening of Visa Bill Laughter at DNB, Amsterdam in 2013 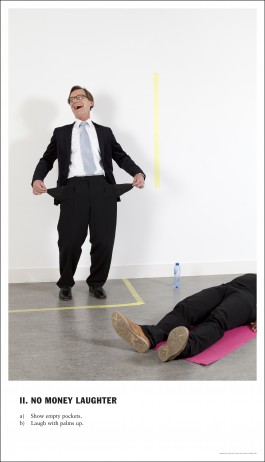 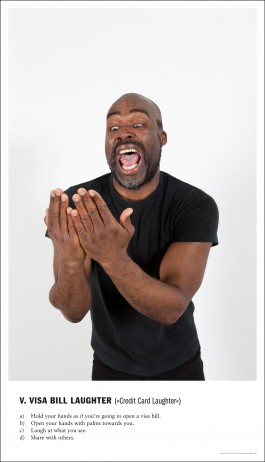