Solo Exhibition with text works at Bar Nadar in Antwerp in 2010.

Text Works explores the ways in which word and image can fulfill an exorcising, hope giving function. With textual as well as pictorial means, the artist reinterprets a number of objects and situations he encountered. The subjects ranging from a youtube video on a utopian living paradise in Dubai, a live video-projection during an African mass in Antwerp, a censored replica of the statuette of the dome of Milan thrown in the face of Silvio Berlusconi in 2009, a flyer from the ACKG HelpCentre... to an electronic information board assuring that 'Everything is Allright'.

By giving new meanings to these objects trouvés, the artist demonstrates the human need for hierarchy and religiosity in a very specific way. The works reveal an emptiness by dismantling their original design, while at the same time they also interpret and reshape the reality in a less unambiguous way as they plead to be read and reformulated by the context of each individual spectator. 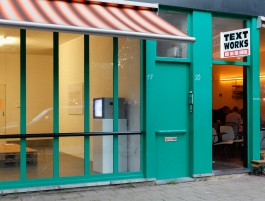 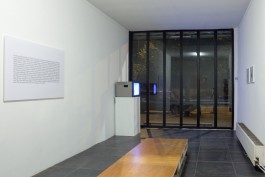 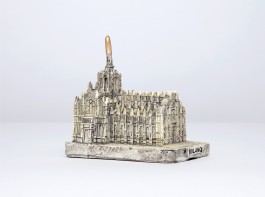 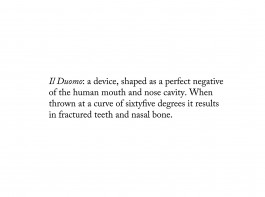 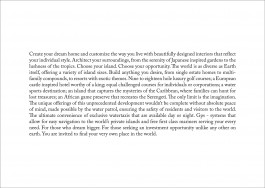 An invitation to the world, 2010 — dimensions according to space 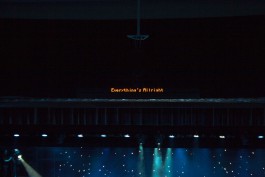 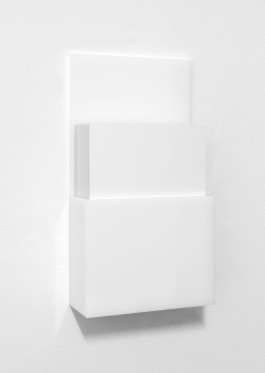