Lady Glass & Operator is part of the ongoing project Infinite Spin, which explores ways to activate our reservoirs of electrical energy through constant repetition of controlled bodily movements: non-stop dancing and monotonous rhythms being one of the oldest and most effective tools to reach an ecstatic state of mind. The video diptych shows a revolving transparent sculpture of a cyborg-like human being, produced in Dresden in 1967, from the Museum of Technology in Warsaw. By the press of a button, an operator activates the rotating artefact which lights up different organs in an educational presentation.

For the entire duration of the opening, Danartono produced minimal repetitive electronic sounds on a drum machine. The exhausting performance can be seen as an anthropological document of the quest for release in general, but also as a generator of a rhythm and an energy that can release us from ourselves – a mechanism that is paradoxically very human.

On the ocassion of the exhibition an artist booklet was released with a text by Koen Sels »BUTTONS – Some paradoxes and loose ends on rhythm, release, man, machine... (pdf-download)« 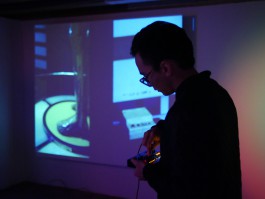 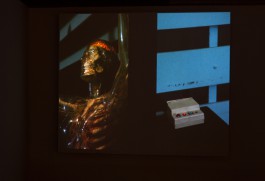 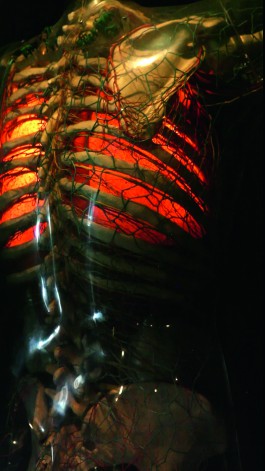 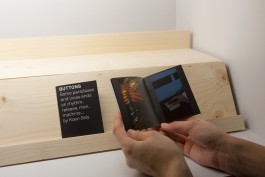 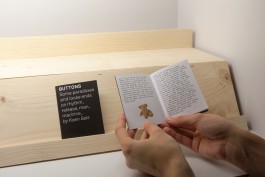 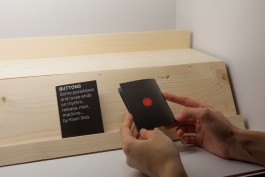